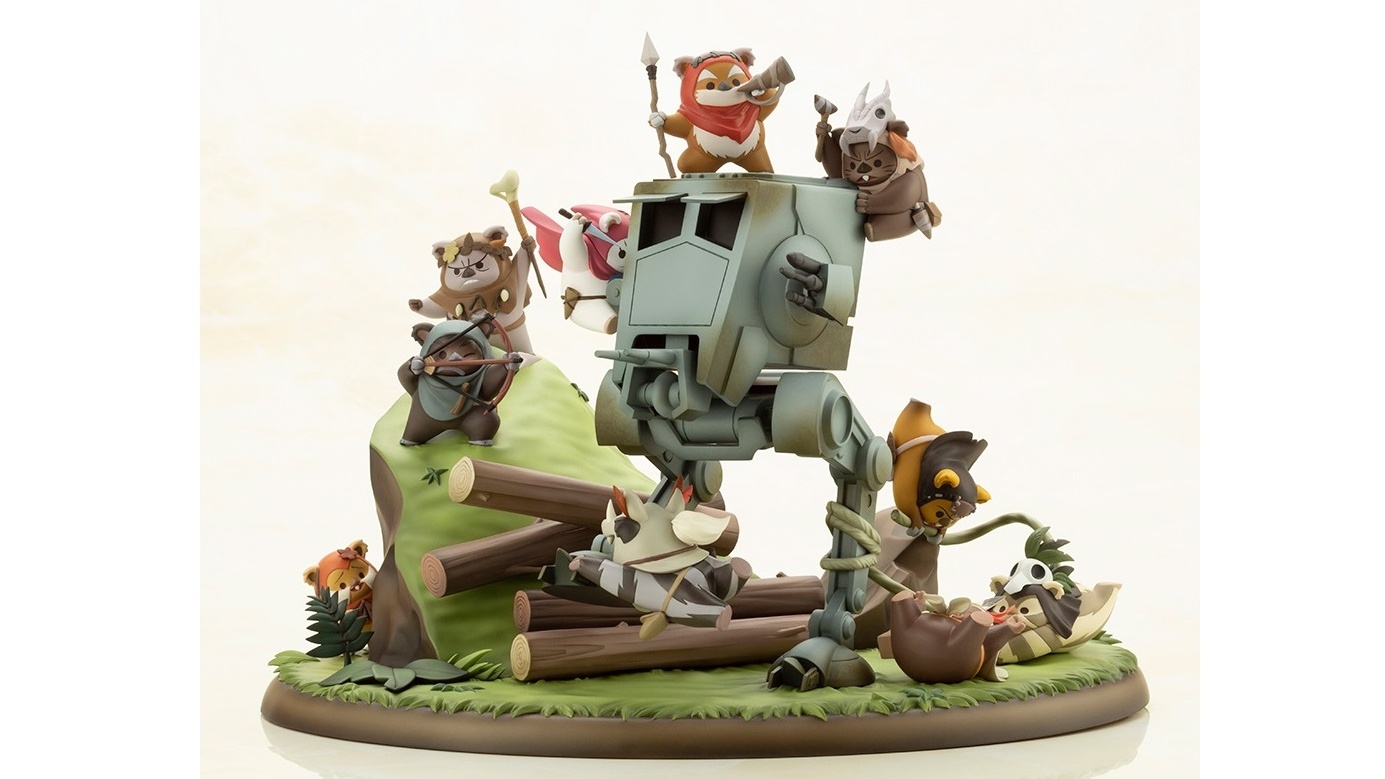 The Battle of Endor in The Return of the Jedi really showed that you shouldn’t judge someone by their size, or technology for that matter. The little Ewoks contributed greatly to the Rebels’ victory over the empire, something which is captured in this statue by Kotobukiya.

It stands just under 7.5″ tall and weighs an unknown amount of lbs. However, it features a group of Ewoks taking over a surrounded AT-ST, in a very stylized look that is reminiscent of modern 3D video games. The statue will cost $199.99 (plus tax) and will be released in December this year.