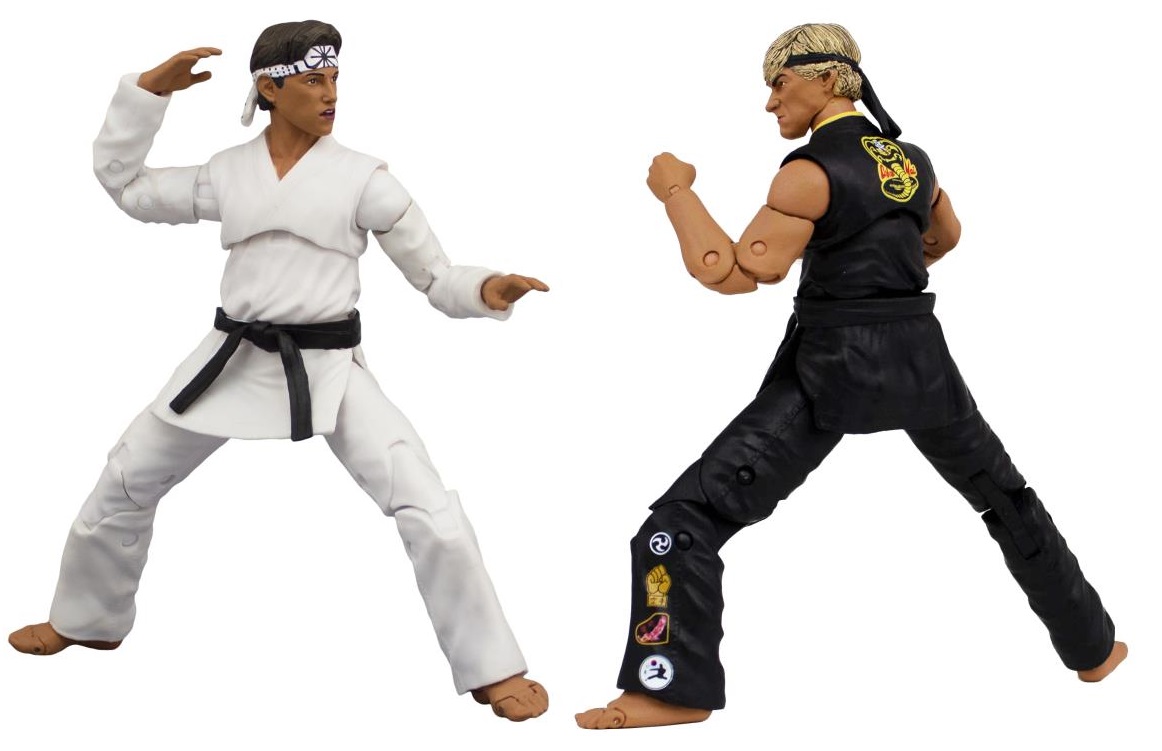 Karate Kid, a martial arts drama film for, uh, other kids, released in 1984, became a phenomenon. It popularized karate in USA, spawned sequels and an animated TV series, a remake and tons upon tons of merchandise. And now, there is more of the latter to come, from Icon Heroes.

The figures, which are of protagonist Daniel Larusso and his opponent Johnny Lawrence, stand 6 inches tall. They both have 29 points of articulation to show off that famous Crane Kick (well, at least for Daniel if the movie is to be followed), three different heads and pairs of hands. Dressed in their All-Valley Tournament outfits, you can relive the showdown which in the end gave one of them the sweet victory, or change it to your own ending.

The action figures are now in production and available for pre-order for $40 each. You can get them here and here. They are both expected to arrive the third quarter of this year.