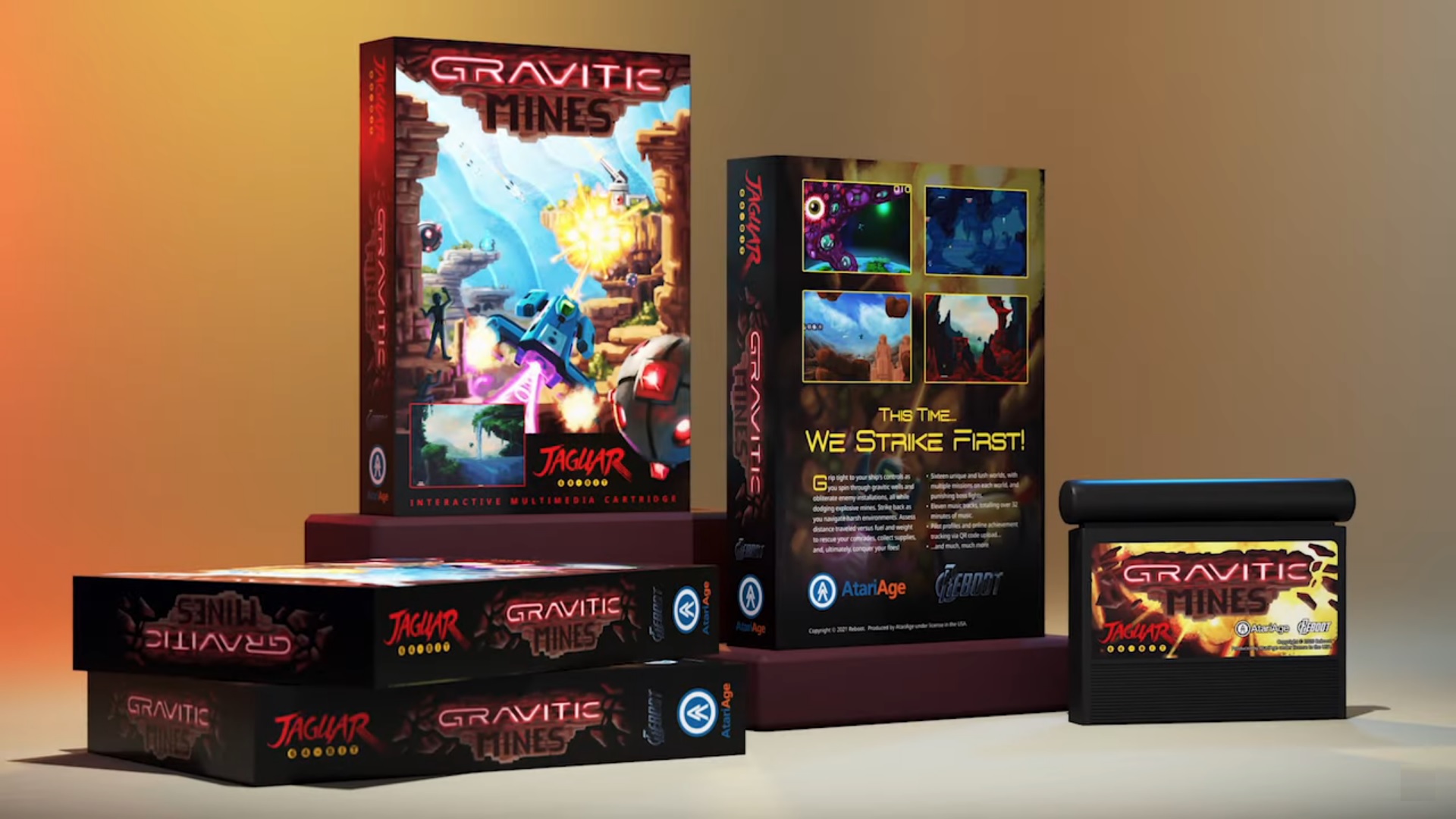 We start off the new year with the release of a new game coming to a classic console. Gravitic Mines is described as a thrust/physics/arcade/puzzle game that you will be able to play it only on the Atari Jaguar console.

Gravitic Mines has been in development since 2019, and after hard work from the indie developer studio known as Reboot, it is finally available for purchase. The game is being sold through the Atari Age store.

What’s the gameplay like? Well, as we mentioned in the opening paragraph, it’s a game based on physics and thrust power where you launch a ship solving puzzles, and find the best solution for each level. It’s considered as a love letter to classic games like Gravitar, Thrust, and Lunar Lander.

It has a $70 price, but it comes complete in box with manual included. It also has these following features:

The Box art was created by artist William Thorup, who also made cover artwork and manuals for several Atari Jaguar games like Last Stride, reBOOTed, and Jeff Minter Classics. Here’s a video of how the box art was made:

For more information and to purchase the game, you can check out AtariAge’s official store by clicking right here.

We also have new games for older consoles in our Store section, with games for Atari Jaguar, NES, Game Boy, Super Nintendo, and more. Check out our catalog right here.