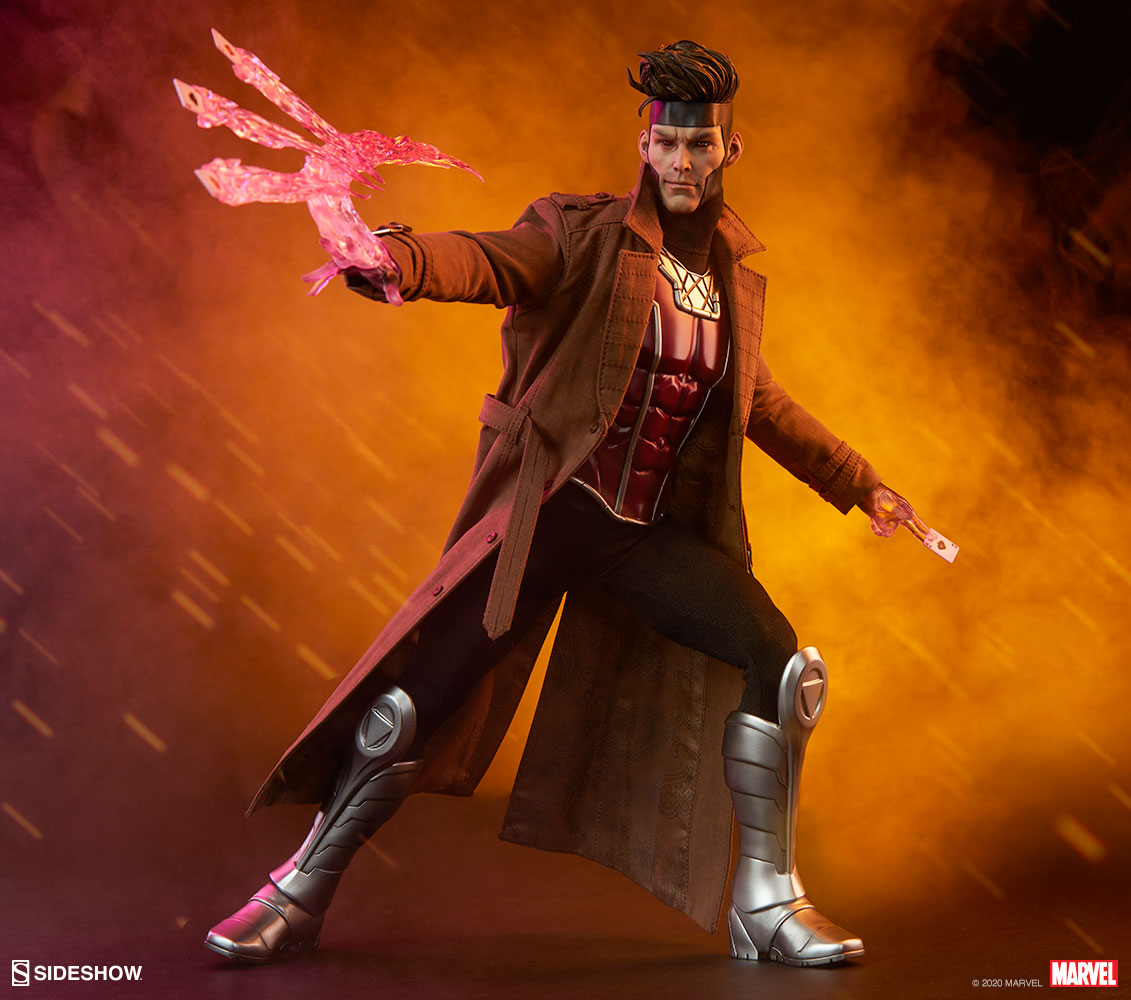 This 12″ (~ 30,5 cm) deluxe figure was originally announced during the New York Comic-Con Online Event. Sideshow Collectibles have walked plenty of extra miles to bring something special, but it comes at a price. Which is $265.

Coming with the figure itself is a laundry list of accessories:

No exact release date has been given, but it is due sometime the last quarter of next year.

Gambit, also known as Remy Etienne LeBeau, was created in 1990 by writer Chris Claremont and artist Jim Lee. He is a mutant in the X-Men team.