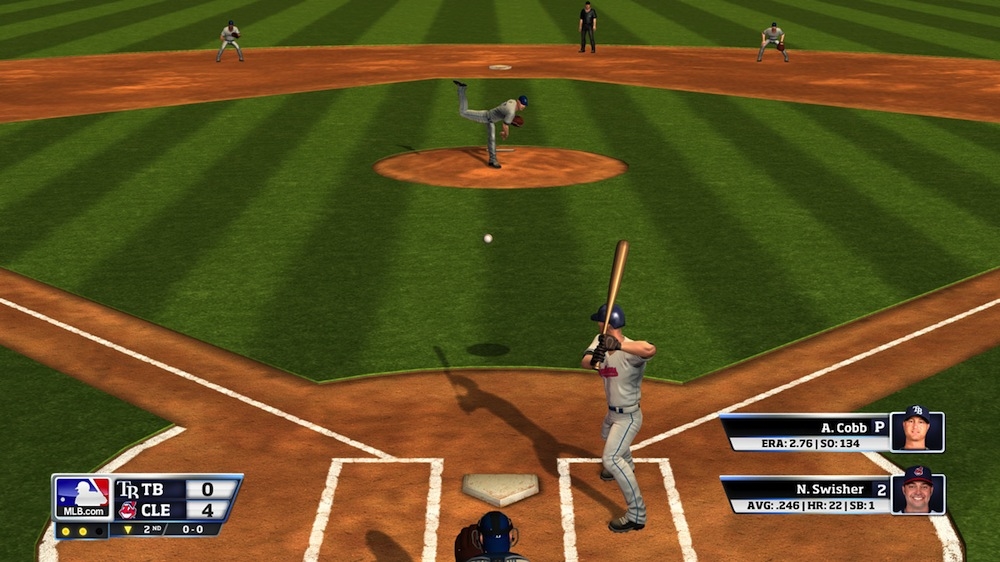 When playing baseball on the Nintendo Entertainment System, players had a lot of options available. Jaleco’s Bases Loaded, SNK’s Baseball Stars, Konami’s futuristic (and fun) Basewars, and Nintendo’s own Baseball game were all options that were available.

However, when it came to a definitive choice, many players turned to Tengen’s R.B.I. Baseball. Originally released as a Vs. Playchoice arcade game, the baseball endeavor found a perfect home release for the console, in both official and unofficial forms, since Tengen lost its license as an official NES distributor at the time. Regardless of which version you had, though, it was a hit, and one of the best baseball games you could get your hands on.

This spring, the series will be making a comeback for the first time in years, since we’ve last seen it on the Sega Genesis and Super Nintendo in less-than-favorable form. MLB Advanced Media – the company that works hand-in-hand with the league – will release RBI Baseball ’14 this April, in time for the launch of the new season.

The game was developed by a team headlined by Jamie Leece, the head of media for MLBAM and a veteran of LucasArts, Take Two and Interplay. The goal of the team was to capture the old-school feeling of the original game, while providing a contemporary look that stands alongside current baseball efforts, including Sony’s forthcoming MLB 14: The Show, which releases next month for PS3 and PS Vita, and in May for PlayStation 4.

However, a focus will be kept on two-button gameplay, just like the original had, even with its contemporary looks. Speaking with Wall Street Journal, Leece explained, “Our goal was to capture the spirit of the era. When you play the product, you’ll realize something has been missing. And we’ve delivered on that.”

Continuing, Leece said, “I think … we all would agree on that, that the music of the game from that era was iconic, and you find yourself now humming it and back then. We’ve gone to great lengths to stay true to the franchise. The music in the game, we believe you’ll be doing the same thing.”

The game features 480 active baseball players across 30 MLB teams, with unlockable jerseys and three main play modes – season, post-season and exhibition. Thankfully, you won’t have to worry about paying for something else, as the game won’t feature micro-transactions. “Challenges are not overcome by paying 99 cents, or whatever it is. This is a paid, download product,” said Leece, although he did mention that downloadable content will be available down the road, featuring classic players and teams.

It sounds like MLBAM may have their act together on this one, although this wouldn’t be the first time RBI Baseball would attempt a comeback. A few years ago, 2K prepared to take the mound with its own variation of the game, which appeared on Microsoft’s Xbox 360 PartnerNet program for a while. It never saw the light of day after that, and 2K opted out of its MLB contract last year – so it’s gone for good.

From what’s available in the screenshots, RBI Baseball doesn’t look very…RBI-ish. Again, this is probably MLBAM’s attempt to make the game appear more modern. As long as the gameplay is intact, however, that’s what’s going to matter.

The game will release this April for Xbox 360, PlayStation 3, and mobile devices, and later on this summer for PlayStation 4 and Xbox One. Our fingers are crossed that MLBAM can recreate the magic that Tengen created so long ago …and maybe even throw in the classic game for good measure. Hey, we have home runs to hit here!