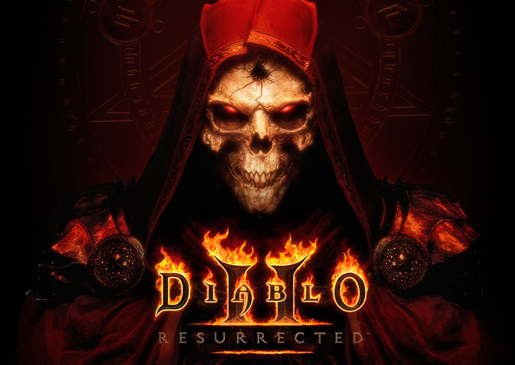 Diablo II, released in 2000, is often hailed as one of the best action role playing games of all time. Taking everything great about the 1997 prequel, Diablo II introduced new classes and an innovative skill tree system in a massive adventure which could also be played online with friends. Now, a complete remaster is coming, just as fans are anticipating the previously announced Diablo IV.

The remaster has everything the original and its expansion, Lord of Destrucion, has. This time around, however, the sprite engine of the original is replaced with a full 3D engine with physics, dynamic lighting and more, delivered up to 4K resolution. The half hour of FMV cutscenes are also completely remade, and the sound now has Dolby 7.1 surround support. For nostalgic players who want to enjoy the old graphics, it will be possible to quickly switch between the remastered and the classic visuals by just pressing a button.

The game will be released for PlayStation 4 and 5, Xbox Series, Xbox One, Switch and PC (Battle.net) later this year.