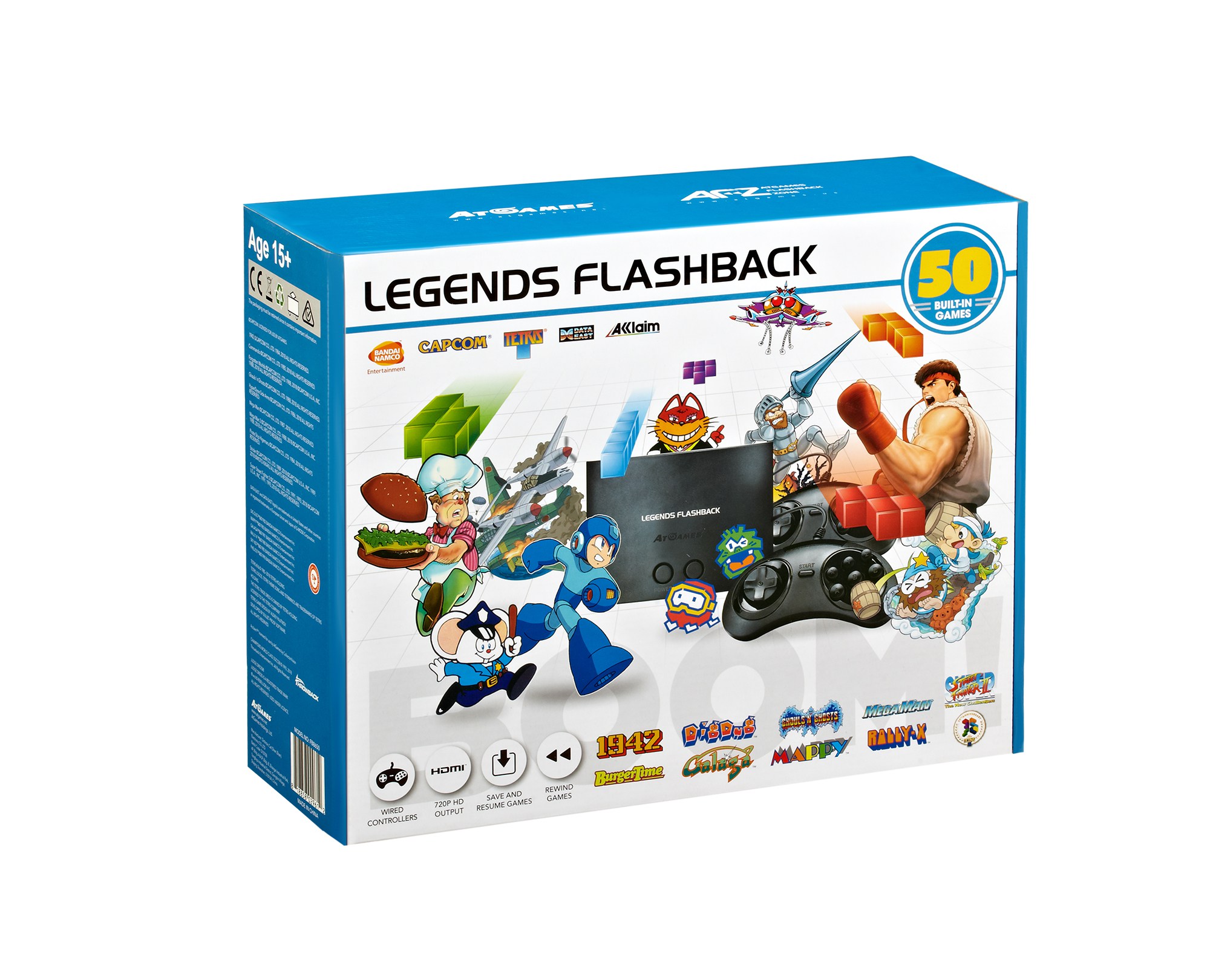 Earlier today AtGames announced their intent to release another “all-in-one” game console called Legends Flashback. So far we know for sure that 50 games will be included along with two six button, oddly Sega Genesis-centric, controllers. According to the press release that AtGames released, the games will be a mix of arcade and home games, though no specific platforms were detailed per game intended for the Flashback Legends console.

“This new value-priced console features a truly legendary collection of iconic games,” says Dr. Ping-Kang Hsiung, CEO of AtGames. “With its large selection of the best classic arcade and home games in glorious high definition, along with its two included six-button controllers, the family fun never has to end.”

From the list, available here, we can see quite a varied list of games that will be available on the Legends Flashback.

Fans of titles such as Commando, BurgerTime, Break Thru, Forgotten Worlds, Mega Man 2, etc will be interested in this console.

There are games coming from companies such as Capcom, Data East, Namco, and more.

Considering these are a mix of home and arcade games, I hope we are getting the arcade Strider and not the Nintendo Entertainment System version which was completely different. The same could be asked of many other games on this list as some, such as Dig Dug, saw ports to many platforms. Will we see the original arcade port whenever possible or will we see a watered down version that was released for home platforms?

The Legends Flashback allegedly includes 720p video output with scanline filtering, save states functionality, and the ever popular rewind feature that allows you to back up from a mistake.

It is interesting to note that no Sega titles are included in the 50 games on the Legends Flashback. This could be due to the fallout between AtGames and the upcoming Genesis Mini that Sega is working on (now due in 2019).