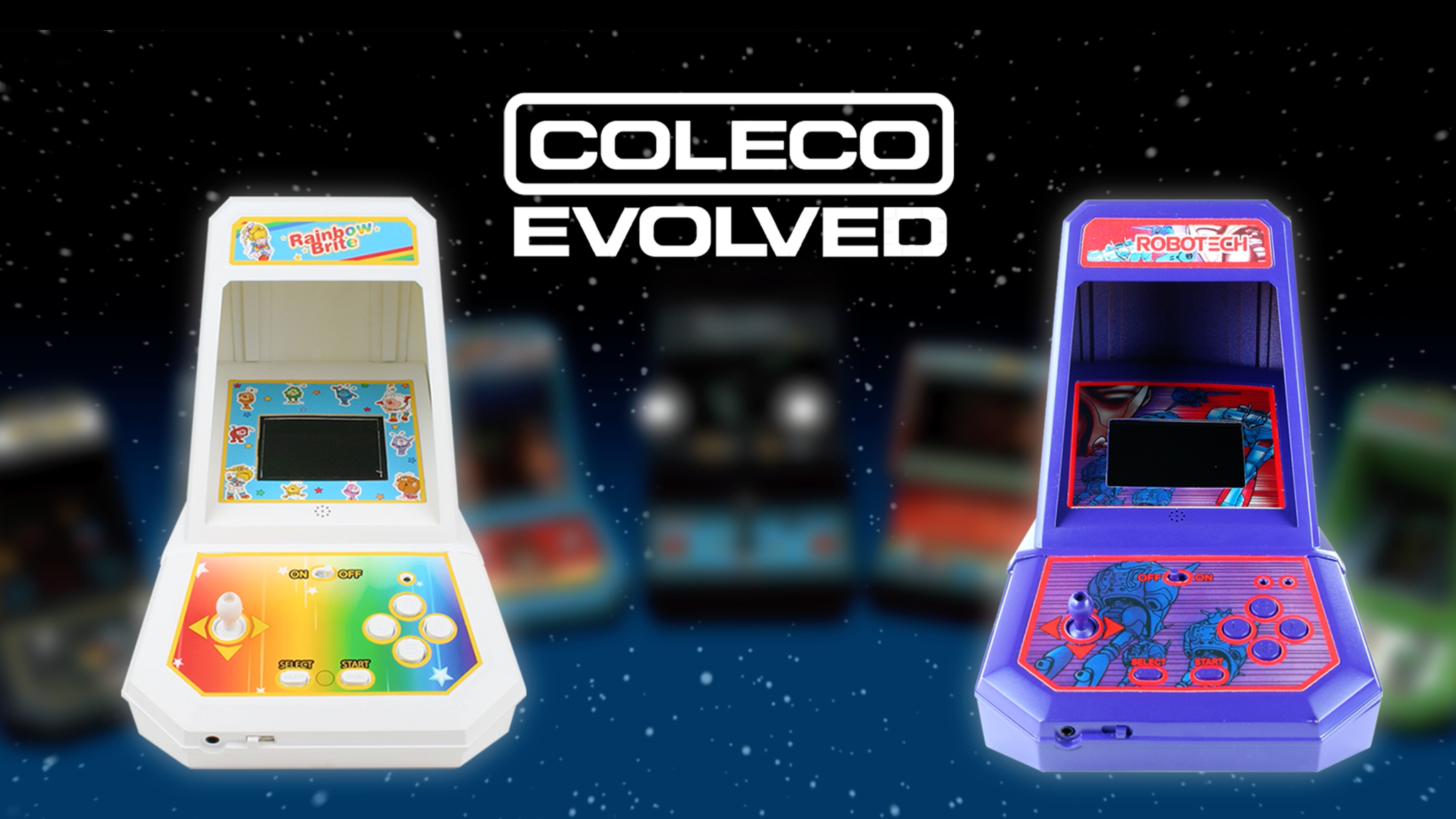 The Coleco Evolved Mini Arcades feature the classic shape and heavy-duty plastic shell construction as the original Coleco minis from the 80s, this time with upgraded modern technology inside. Each mini arcade features:

Hallmark’s Rainbow Brite TV series launched in 1983 and quickly became a favorite of little girls around the world. The next year, Mattel released a line of cuddly plush dolls, forever cementing into pop culture history the cheerful girl and her Rainbow Land pals.

Now players can join Rainbow Brite and her pal Starlite as they spread color and happiness in this classic RPG-style game, Journey to Rainbow Land. In the game, players take on Murky and Lurky, the enemies of Rainbow Land, who just want to make the world as murky and dismal as they are. Rainbow Brite is a retro classic RPG for gamers of all ages.

Robotech made its pop culture splash down in 1985 when Harmony Gold released their epic 85-episode Robotech cartoon series. The series’ success paved the way for toys, figures, books, movies, and of course, video games. Robotech: The Macross Saga puts players in the driver’s seat as Earth’s last defense in an epic intergalactic battle against alien forces. Players transform their Veritechs into three modes: Fighter, Guardian, and Battloid to battle on the ground, in the air, and on enemy ships. Each level challenges players to pick the right mode at the right time to successfully take down all sorts of different enemies. Fans of Robotech and 2D side-scrolling action games will love playing The Macross Saga on the Coleco Evolved retro platform.